Few hours have passed since the terrible fire that upset the heights of Cogoleto, and now the damage count begins. The A10 motorway has reopened since yesterday and the traffic flows without any particular problems, while with a union order the schools of the small municipality have remained closed even today.

In the early afternoon of Wednesday they resumed burning some outbreaks of the fire and from there the flames regained strength in a wooded area not far from the former Stoppani factory. A second Canadair intervened on the spot because the first had to return, as well as the helicopter of the Region for the strong wind. From Cuneo came the Sh64 helicopter, which carries around nine thousand liters of water.

The wind carries the smoke and the flames towards the coast, and therefore two other houses have been evacuated in the middle of the afternoon, for fear that the fire could come to the top and reach the area behind Capieso.

In the late afternoon, the Liguria Region announced that “the regional headquarters of Civil Protection is in defense and monitors the development of the situation, in constant contact with the Municipal Operations Center. An interface warning has been issued: the flames are at the limit by affecting the urbanized areas.
There is currently a canadian on site. On the ground there are 4 teams of forest firefighters and 10 firefighters ».

Coldiretti: damage to assets for more than 100 thousand euros
For Coldiretti, the agricultural activities devastated by the fire suffered damage for more than 100 thousand euros: «The fires are favored by the wind and the dry environment in a month of March with maximum and minimum temperatures that in Liguria were found to be around three degrees above average in the first decade according to the Ucea. But it is also the lack of rainfall that is weighing on the fall in the province of Genoa of about half the rainfall in 2019 compared to the historical average.All the traditional human activities of the forest, such as the collection of wood, truffles and small fruits, will be prevented in the forests that are on fire.

The numbers of the fire
The sure data is that about 140 hectares of land were burned, two houses were damaged, and 47 people had to leave their homes during the night between Monday 25 and Tuesday 26 March. Of these, fortunately almost all of them managed to return home in a short time, as soon as the fire was contained (the helicopter and canadair action, active since dawn, was fundamental for this purpose): only four remained at the hotel, and they are considering accommodation in Arte apartments. Next Story:
How to avoid the risk of fire occurring due to the use of fireworks:

About the Author / Michael Merrill 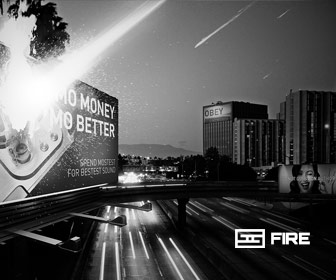 The Future of Australian Fire Protection

Thank you for subscribing.

we respect your privacy and take protecting it seriously